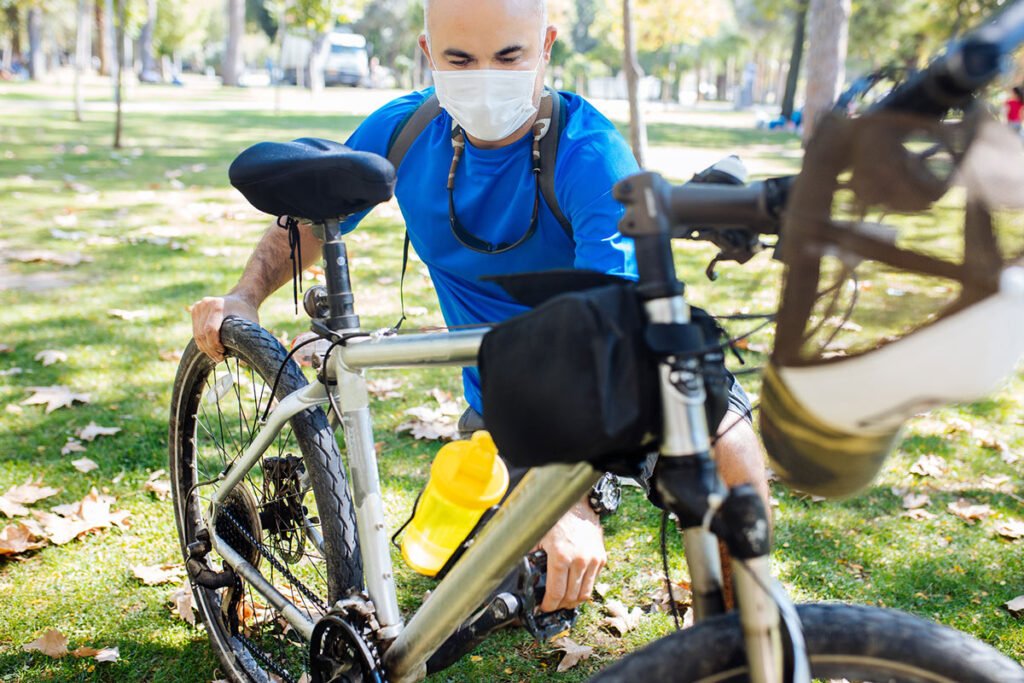 A June Marketwatch article reported that bike sales have surged across the world this year due to the coronavirus, and US stores, like Wal-Mart and Target, have completely sold out of bikes. Perhaps you tried to buy a bike at the beginning of the pandemic but found that your local bike shops were already on backorder. In this post, we’ll look at why COVID-19 is making bikes sell out like toilet paper, whether this trend will continue, and how you can obtain a bike.

COVID has been tough on everyone, but fitness enthusiasts especially struggled with widespread gym shutdowns this spring and summer, prompting those who would normally get their exercise by lifting weights and participating in group fitness classes to try cycling.

The pandemic forced factories across China to shut down during January and February, which affected US bike supplies in the spring and summer. To understand how dependent the US is on China for bikes, consider that in 2018, 95% of bikes sold in the US were made in China. And with supply down, demand only increased for bikes in the US as people stuck at home wanted to take advantage of warmer spring temperatures. By June of 2020, bike sales in the US were up 63% over the previous year.

In large cities across the world—like New York City, London, and Beijing—public transportation ridership has decreased, while biking is quickly becoming the new favored mode of commuting. There are a few reasons for this:

In the US, public transportation ridership is down nearly 65% from 2019 rates, with New York City subway ridership down as much as 90%. Like so many economic sectors, the coronavirus has been detrimental to cities’ public transit departments across the country, forcing them to limit their schedules, lay off drivers, and implement strict maximum capacity ordinances. And while the CARES Act passed in March 2020 provided some economic relief, its funds only supplemented revenues for the country’s 10 largest transit systems for eight months.

Many European cities have been quick to react to increased pedestrian traffic and decreased vehicle usage brought on by the pandemic by implementing car-free and low-emissions zones—some of which actually discourage using public transportation to keep people safe.

Major US cities, including Oakland, Minneapolis, Washington, DC, and New York City, have also limited or fully restricted vehicle traffic in their major thoroughfares for pedestrian and bicycle use only. They are calling these areas Slow Streets, or Open Streets, and proponents say that they shouldn’t be just a COVID adaptation but rather a long-term solution to mitigate greenhouse gas emissions, vehicle deaths, and our country’s public health crisis. In New York, the Slow Streets movement also includes Open Street Restaurants, which use some of the city’s sidewalks and/or streets to expand a restaurant’s outdoor seating.

Is this bike trend permanent?

Whether this current uptick in bike ridership is just a fad or a permanent solution to the public health crisis and air pollution affecting our country is yet to be known. The US has already seen air pollution levels rise as many cities have eased their lockdown restrictions. It’s also worth noting that bike ridership increased during the spring, summer, and fall, but it’s unknown if rates will continue on this trajectory during the colder winter months. We do know that in New York state, car registration is up nearly 20% from last year, coinciding with the migration of many New York City residents to the suburbs.

Trek’s CFO, Chad Brown, seems hopeful. He says the company is currently shipping out tens of thousands of bikes a week, with “a lot more bikes on the way.” Another indicator of permanent post-pandemic bike infrastructure is the rise in e-bike sales; though e-bikes retail at a significantly higher price range than traditional bikes, they are a popular option for riders who want to cover relatively large distances with minimal time and effort. According to BicycleRetailer.com, e-bike sales were up as much as 1,000% for some companies this summer, and the 2020 holiday season may further push sales.

Tips for obtaining a bike

Perhaps you tried to buy a bike at the beginning of the pandemic with no luck, but want to try again. (After all, widespread, city-sponsored bike ridership may be here to stay in 2021 and beyond.) You may have noticed that even though bicycle supplies have increased since the spring and early summer, supply is still low and demand remains high—but don’t worry, because we have some tips for obtaining a bike during the pandemic:

Looking for a socially-distant bike tour in Asheville?

Let us do the planning for you. We’ve thoroughly researched the best places to cycle, stay, eat, drink, and play in the Asheville, NC area so you don’t have to. Our DIY Bike Tours Packet has everything you and your family need to have your dream bike getaway. Want more info? Send us a message—we’re happy to chat!